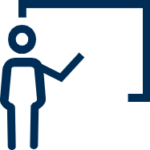 A Comprehensive Guide on How and When to Use Them.

When working on projects, RASCI surfaces as an important tool. If you’ve never heard of this framework before, let’s try a hypothetical scenario to show you, its value.

You and a few colleagues have been assigned to a large and important project. Let’s say you are the team lead with 9 others in your group. You’ve assigned one as your assistant, leaving the other 8 to manage tasks and fieldwork. Pretty much anything that isn’t managerial in nature.

At some point you realize you may need some way to put on paper who is doing what on the project. Not only that but also how much authority they have to make decisions along the project’s life-cycle. Without some sort of mechanism in place, the likelihood something will go very wrong, very fast, will likely occur early on, turning your project into a disaster.

Enter the RASCI matrix. This tool is designed for project management. This matrix or framework helps with the following:

The “What” in What is RASCI 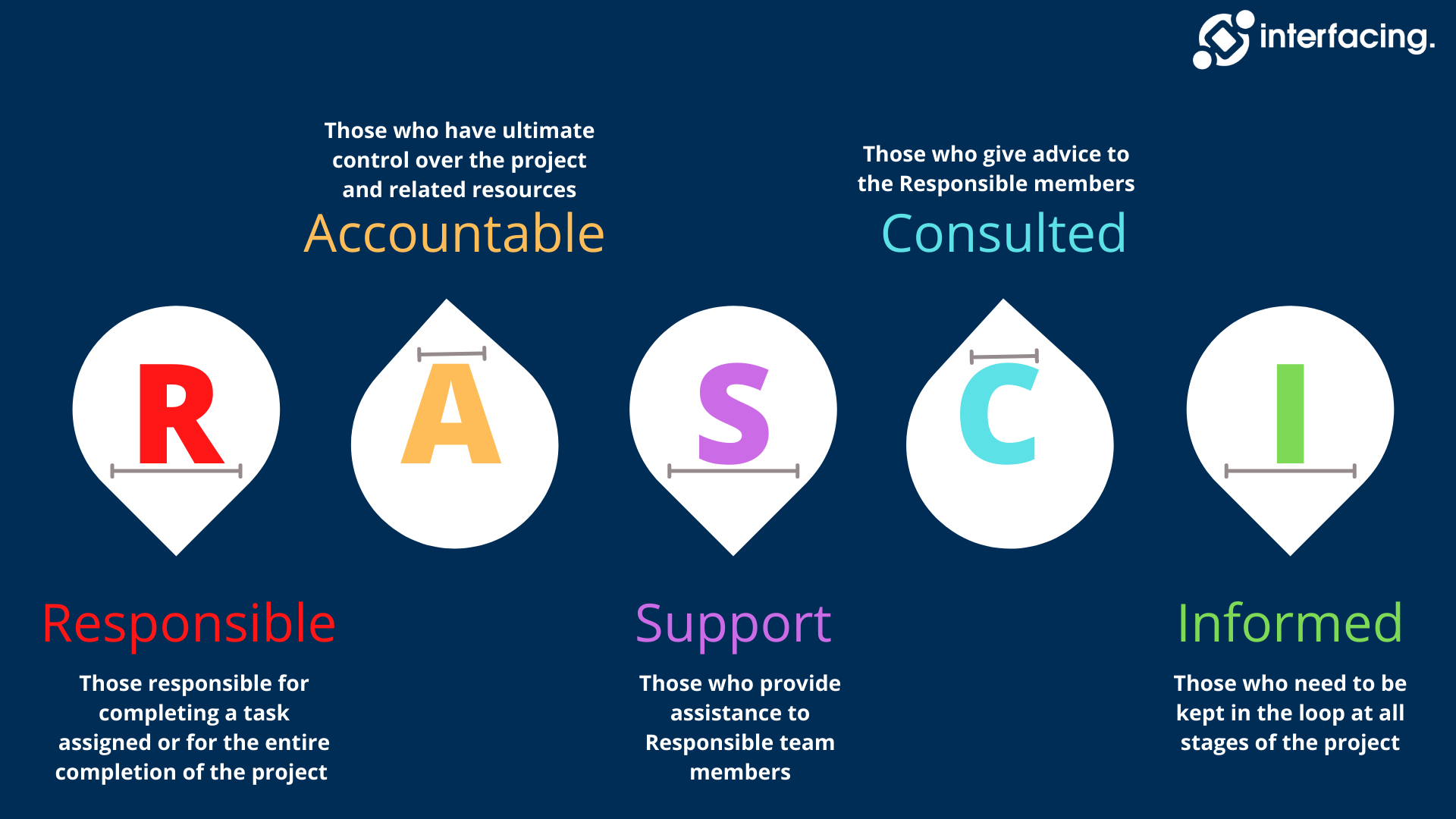 Definition: RASCI is a matrix (i.e. chart, model or framework) that is used to help identify all the roles and responsibilities of each stakeholder on a project. It clearly defines who is working on a specific subtask of a project.

RASCI charts take away the situations involving the “who does what”, “who can help with this task”, and “who’s responsible for this task” scenarios on many projects without RASCI. By using RASCI we can:

Let’s expand on the definition a bit more:

Responsible – Think of this person as the project owner. There can be multiple people responsible for a task and if help is needed, they may ask a supportive member(s) to assist.

Accountable – This person has final control over a project task and the resources associated with it. They will generally assign and delegate project work responsibilities. It is highly recommended to only use one person accountable to one task.

Informed – These are people who need to be kept in the loop during the project life-cycle. Due to their status as a project stakeholder or the fact they will be impacted by the project, they will need to be informed about progress, at all stages, up-to and including project completion.

As you can see below the left side of the matrix lists all the tasks involved with the project. The top of each column in the model represents a stakeholder for the project. 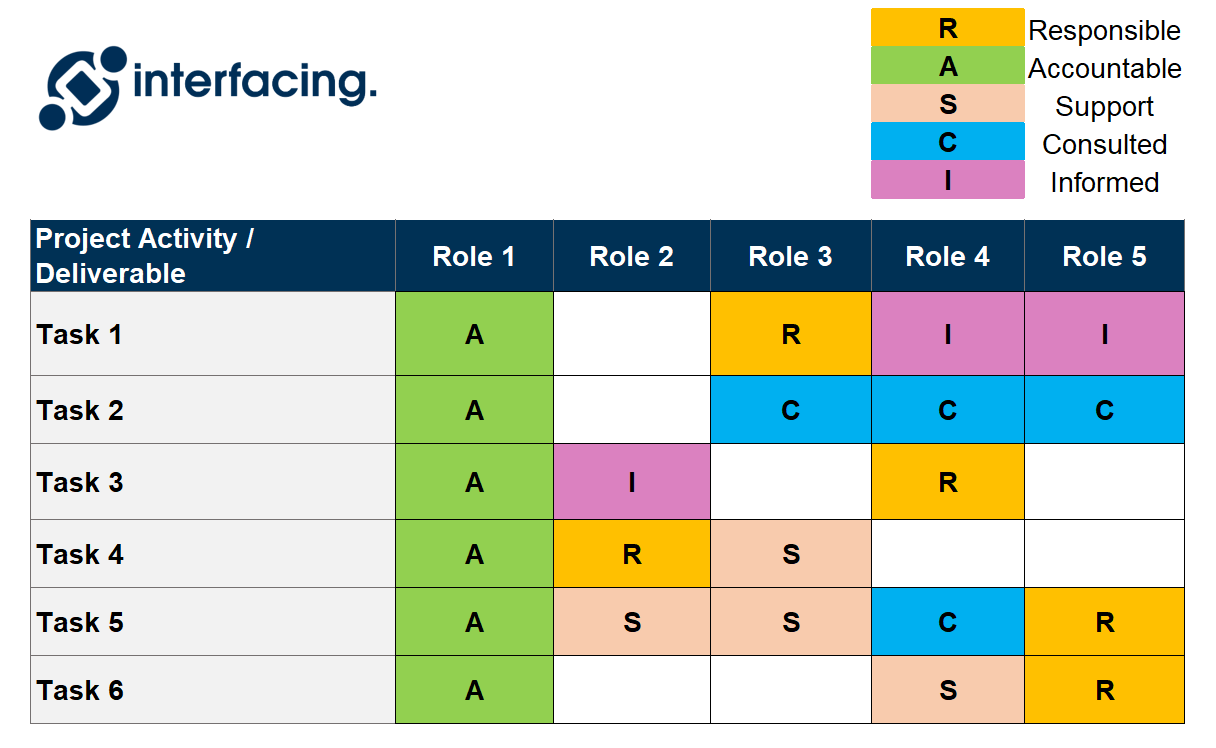 If we take it a step further, we can show that the project involves the following Roles (individuals or positions involved), Project Manager, Tester, Analyst, Product Developer, and the Service Team. The tasks assigned to each Role are Planning and Analytics, Designing / Prototyping, Coding, Testing and Review, Deployment and finally Maintenance.

A matrix will be needed now as we would be going row by row to define each roles involvement in the project. For example, regarding the first task, the Project Manager in this model is accountable for each task and is considered the project owner regarding Planning and Analytics. The Analyst will be Responsible for the Planning and Analytics of this project and will involve individuals from the Product Development and Service teams to consult & contribute to the project. The rest of the project matrix would look something like this. 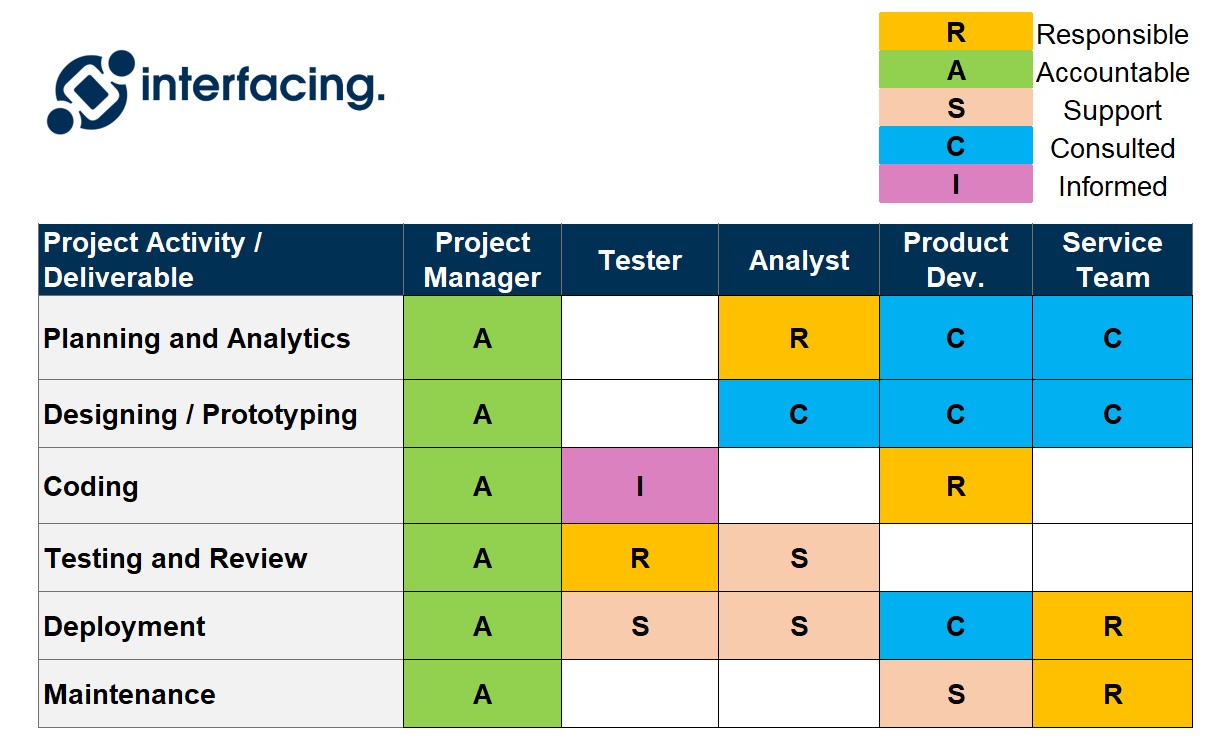 RASCI and RACI – Is There a Big Difference?

With many RASCI and RACI charts out there, it can get a bit confusing when differentiating between them.

Both terms are used interchangeably quite often. While in all practicality, they do mean the same thing, there is of course a marked differentiator with the “S” in RASCI (meaning Support). Organizations that choose to use RACI, may do so because an “S” is not required to be identified as it can be part of the “R” (Responsible) or “C” (Consulted) as team members.

Organizations who prefer the RASCI model choose to identify those who offer Support as these individuals could be offering resources, information, experience or anything else helpful to the project.

RACI-VS offers two extra indicators i.e. Verification (V) and Sign-Off (S). In core RACI, there is a chance of missing out any completion details against any task. To overcome any possible deficiencies in any task, RACI-VS allows marking those roles as “V” who will scrutinize the quality and correctness of a given specific task. And to supervise both “V” and “R” | “A” roles, there will be a role “S”-Sign-off who will provide the task completion verdict by approving it.

RACIO (or CIARO): offers an extra participation type “O” which often means “Omitted” or “Out of the Loop”. It just allows explicit mentioning of the roles excluded from the scope of a certain task. This helps in clarifying the engaged and unengaged resources in a task/project.

DRASCI: it is just like RASCI but has a “D-Driver” who centrally delegates the responsibilities.

RATSI: it’s a further derivation of RASCI which highlights the actual “T-Task” performers which can further help in detailed Resource evaluation.

RAPID:  It focuses on assigning decision-making responsibilities between different roles, unlike RACI which is purely task-driven. The need for RAPID originated with the growth of continuously evolving and collaborating hierarchies of one or more companies or teams where there are multi-level managerial and leadership roles against any single decision.

As responsibilities and tasks are spread out amongst project group members the preference is to keep the “R” and “A” limited to one per individual task. In essence, for each one task, one of the members on the team must be held responsible. The difference comes with organizations who have decided that more than one “R” for example may be required.

For some organizations, a single party responsibility is best for the completion of a task. They believe that to brin two or more responsible for this one task would be an inefficient use of project resources. Other will argue that the task at issue carries great significance and that having more than one stakeholder be responsible is needed as the combined effort of the “R”s bring better expertise to the task.

On another note, there will be times that a Responsible and Accountable party for a task may be the same individual. It is an obvious assumption on certain projects. When this is the case, there is no need to separately mention the “R”. In the case though of two people assigned the same Responsibility and Accountability, there needs to be at the very least, one “R” and one “A” per individual task.

Lastly, there will be projects where an individual task does not need an ‘S’, ‘C’ or an ‘I’. Having gaps in your matrix is not an issue in the case and is quite normal. Not every blank cell needs to be filled in a matrix.

What is Vertical & Horizontal Analysis in a RASCI matrix?

It is one thing to draw up a RASCI Matrix, it is another to verify its integrity. There are two ways in-which you can check your matrix; vertical analysis and horizontal analysis.

Check each column up and down, cell by cell and look for pain point indicators: 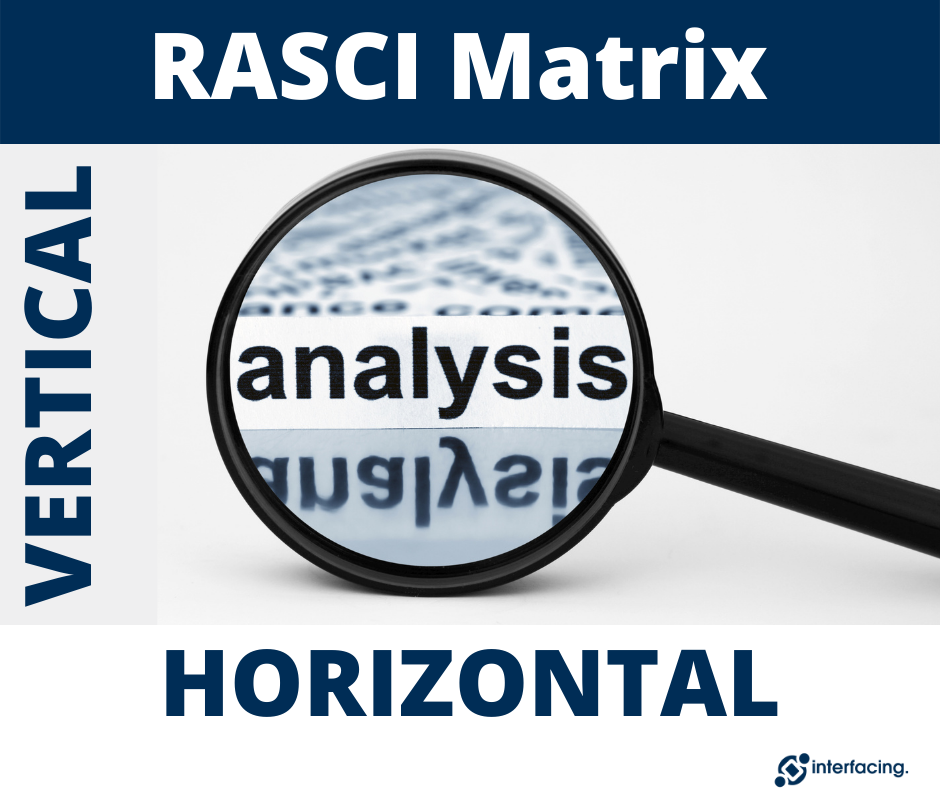 Check each row left to right, cell by cell and look for pain point indicators:

In all cases above either a distribution of responsibilities more evenly or maintaining simple, quick and effective communication channels will help eliminate project slowdowns or overall downtime in advance.

The Impact of Not Following RASCI

If your project is complex, involving many team members and a significant number of tasks then not using a RASCI matrix will result in an eventual negative impact both on the project team members and overall, on a variety of project outcomes.

There will be no teams or even individuals working in harmony. Blame will be passed around; accountability is not enforced and decisions will be made without involvement or knowledge of other team member areas or worse yet even the smallest of decisions won’t be made, holding everything else up.

Without proper assignment of duties, the possibility of time wasters and team members slacking off is very high. While on the other hand, certain team members may feel overwhelmed as they have been handed too much work to complete. Demotivated teams never deliver 100%.

Keep in mind there is a fine line when creating your tasks in a RASCI matrix. If you end up going too high -level things will slip through the cracks, making the entire exercise pointless. Yet by going too far into detail, you’ve just promoted yourself to that of a micro-manager.

A good way to look at deciding what goes into the matrix would be to think of the process itself as opposed to one-off individual tasks. So for example, the UI of a new feature needs to be in the matrix (the designers doing the job, the client, the developers and the project manager). As for whether a button should be green or red, square or rounded; that can be left to the team and not as part of the RASCI matrix.

It is obvious RASCI matrices are needed on complex projects. They are extremely helpful as they create a highly efficient mechanism for task distribution while significantly coming very close to eliminating any ambiguity within the project hierarchy of tasks.

What are your Feelings

Still stuck? How can we help?

How can we help?

What is the DACI Decision-Making Framework?What is JIRA?